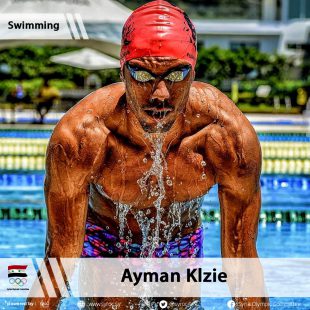 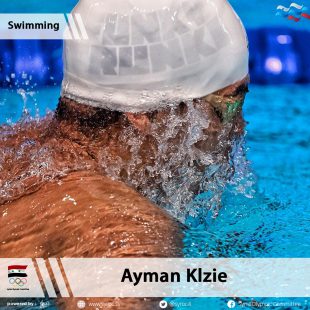 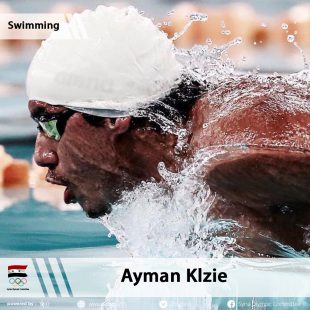 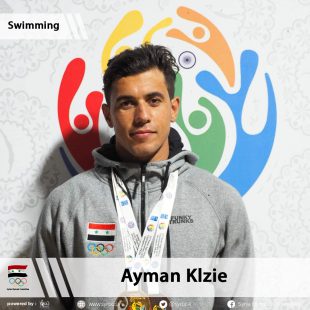 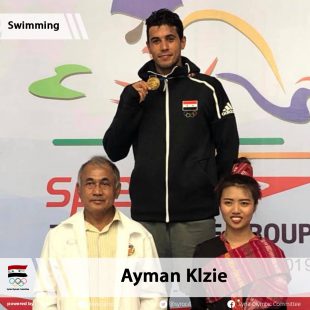 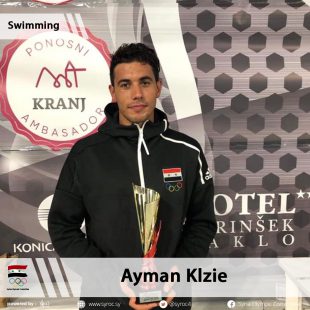 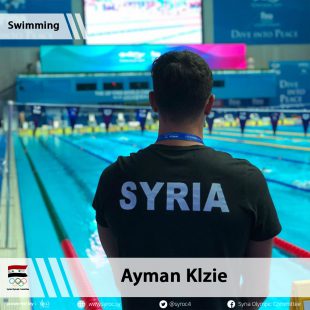 From the city of Aleppo He is 25 years old

He is a Syrian swimming team player and army club player

Obtained a trend from the World Swimming

_Qualifying for the World Championship (China 2018)

_Gold and bronze medal At the Asian Championship in India (2019)

*Participations in the World Championship:

Currently, the champion Ayman Kelzia is making attempts to qualify for the Olympics this year, through participating in swimming championships and tournaments in which the achievements are eligible to participate in the Tokyo 2020 Olympics.